There are some cities in this world that are so rich in history and culture and every kind of human emotion from greed to purest kind of love that they evoke a certain excitement even to think about, whether you’ve been there or not. Through their history they attract intellectuals and fanatics, kings and pirates in any shape and form. They have the riches to show, as well as the scars. They have been built by mortals but they become eternal.

Rome, Istanbul, New York, Paris, Venice, Moscow, Hong Kong and Tel Aviv are such cities for me. And now I add Cartagena to the same group.

Situated at the north of Columbia on the Caribbean coast, Cartagena is a typical port city, wealthy, beautiful and complex.

From the start Cartagena was rich with gold coming from the Zenu Indians, timber and spice from inland tribes, as well as slave trading. Before long, the Cartagena Bay that protected the port of Cartagena with its two entrances, Bocagrande and Bocachica – the Big Mouth and Small Mouth respectively – was full of merchant ships carrying this new world’s treasures to Spain.

As Cartagena and its importance grew, so did the attacks to the city. And because of these countless attacks, Cartagena had to build walls, fortifications and forts, all of which are protected as a Unesco World Heritage site today.

In 16th century, Spain was the most powerful nation in the world and it was controlling the wealth of the Americas and West Indies. Other countries were afraid to challenge the mighty Spanish Armada directly, but they were happy to see pirates siphoning the treasure ships full of gold intended for Spain, as long as they could get their cut. So the English, French and Dutch started handling ‘letters of marque’ to the pirates offering pardons in exchange for a healthy percentage of the plunder. This was how the government sponsored pirating, i.e. privateering or bucchaneering was born.

Maybe the most famous privateer of them all was Sir Francis Drake (or El Draque to his Spanish enemies), a pirate turned privateer who was so successful in bringing the Spanish gold to England that he was decorated with a special medal by Queen Elisabeth I, and later defeated the Spanish Armada as an Admiral of the British Empire. 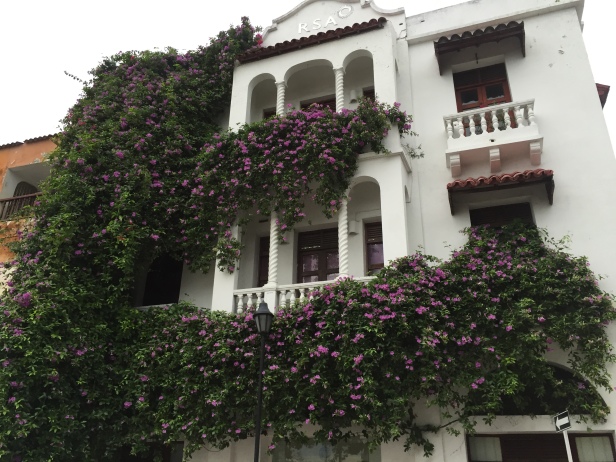 He had led one of the most successful raids to Cartagena, making a good buck by capturing it, taking all its treasures and ransoming its citizens. His time in Cartagena was a time of plata o plamo – one had to pay him either with his silver or with his life, and pay they did.

During this busy time he had to live in downtown Cartagena where his house is still retained.

Another attack I have to mention is the Battle of Cartagena de Indias, where one quarter of the whole British Navy, reinforced by colonial forces from North America, had suffered a horrible defeat at the hands of Spanish forces one tenth of their size and fire power. Sure of their victory, the British had issued coins commemorating the supposed victory even before they set sail. To add insult to injury, some of these coins now adorn the statue that was built to celebrate the real victory just outside San Felipe de Barajas Castle, where some of the harshest battles were fought. I heard about stories of arrogance and stupidity, but this one deserves a special place.

But its charm and real difference comes from its rich history and its old town with its colourful colonial mansions, cathedrals and plazas.

The old town of Cartagena is like a big open air museum. It is a city so rich in colour, architecture, art, aroma and flavour that it is very difficult to describe. So, we walked. 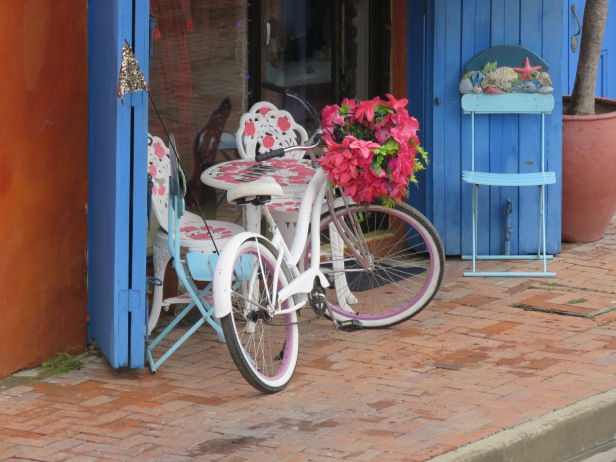 We spent hours walking its streets and enjoying the sights and atmosphere. 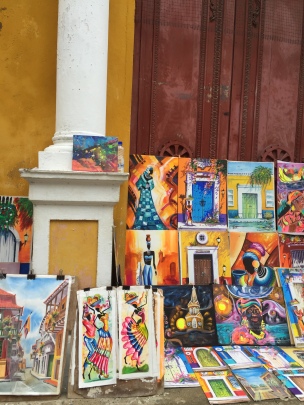 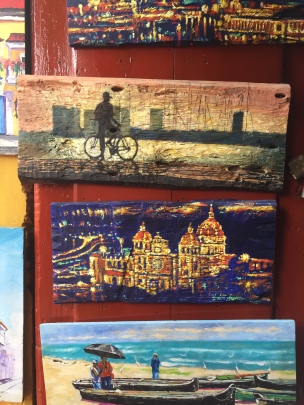 We walked along the bastions and ramparts where one can see the new high rises; visited the cathedrals and the museums; shopped for Colombian artefacts at the little shops around Calle San Juan de Dios and at Las Bovedas, the barracks-turned-shopping arcade; and sat at the bars in the old plazas -Plaza Santo Domingo and Plaza de la Proclamacion- sipping mojitos and tasting empanadas and arepas from street vendors.

We heard about its heroes. Throughout the centuries the city was home to San Pedro Claver who tried to protect and help slaves when they were treated worse than animals and became the moral compass of the whole town; and Simon Bolivar, the visionary leader who fought for independence and saved almost all South America from the Spanish rule. 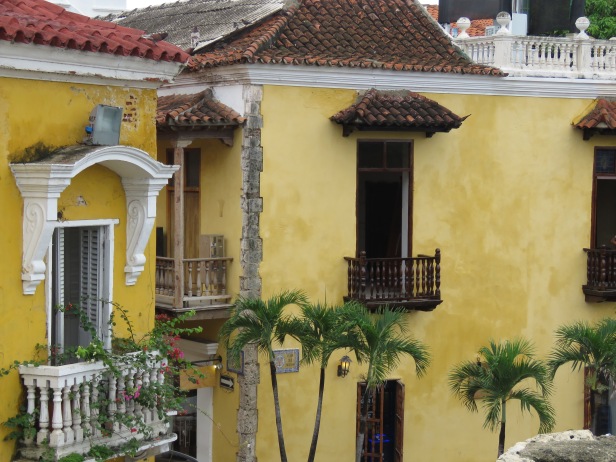 We had a great meal in a small restaurant with just five or six tables, where the owner was explaining the dishes and serving the wine while his wife was creating miracles in the open kitchen. 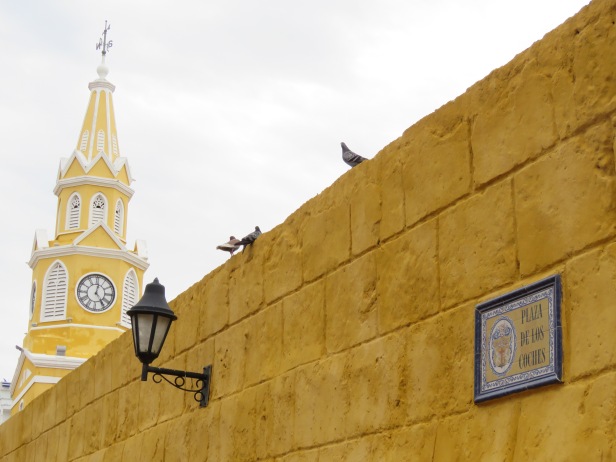 Then we walked some more on the ramparts to watch the lights of the new port and the city.

Cartagena for me is a place where past and present, modern and traditional, reality and myth somehow walk hand in hand. I was happy to be a part of it, even for an instance.